Drugs are amazing. I can’t help but marvel at how a small collection of atoms carefully arranged in a molecule can create a drastic effect on human health. When you consider the complexity of biology, the feat of designing molecules to treat specific diseases is even more remarkable. We have come a long way from the humble beginnings to therapeutic development, where our industrious ancestors discovered herbal remedies that paved the way for modern medicine. Advancements in our ability to probe and understand biology, together with an arsenal of ways to make specific synthetic molecules, laid the foundation for modern-day drug discovery.

With ~20,000 proteins coded by our DNA, plus all the other molecules that our body contains (DNA, RNA, lipids, etc.), there is a lot of “stuff” that a potential drug can interact with. Rather than be distracted by all of the things a molecule can bind, a typical first step in discovering a new drug is finding molecules that can interact with the target of interest. As a next step, scientists will focus on making systematic modifications to their would-be drug molecules so that it gets better and better at interacting with the main target. Over time, the molecule is modified so that when it is dosed at the right levels it has the desired influence on the target of action.

With all this talk about a single target, it may be counter-intuitive that the success of a drug is ultimately decided by its interactions with other proteins. Trying to design a molecule that only interacts with one protein would not only be extremely difficult (or impossible), it may actually be detrimental. While the interactions with some proteins may cause undesirable side effects, some unintended interactions can actually be beneficial for a drug’s activity. This underlying and often unrecognized interaction profile of a drug to multiple proteins is referred to as polypharmacology. And while they might not think of it in those terms, when scientists are modifying a molecule to be more “drug-like” they are often tuning a molecule’s polypharmacology. To elaborate, drug discovery scientists turn their attention to answering critical questions once engagement with the therapeutic target is established:

→ Will the molecule be absorbed into the body?
→ Does it get to where it needs to go?
→ Does it last long enough to have a therapeutic effect?
→ Does the drug get eliminated from the body safely?
→ Does it cause any unwanted side effects?


The answer to many of these questions depends on how the molecule interacts with key proteins other than the therapeutic target, or simply depends on the molecule’s polypharmacology.

In other cases, polypharmacology may be central to a robust therapeutic effect. For example, while scientists historically focused on a single target at a time, recent successes in treating a multifaceted disease effectively have come from combining therapies. Highly active antiretroviral therapy (HAART) for the treatment of HIV exemplifies this philosophy, whereby distinct protein targets work together to (very) effectively suppress a virus. Similar strategies are found in the treatment of cancer and other complex pathologies. Often these are multiple drugs, each designed to modulate a single protein with each drug being carefully considered to minimize any potentially harmful drug-drug interactions (which, you guessed it, can also be due to their underlying polypharmacology, like common metabolic proteins, amongst other things).

Taking multiple medicines at once increases the risk of complications and lowers patient compliance, motivating the search for multi-targeted drugs that aim to hit multiple key disease-relevant proteins, thereby exploiting polypharmacology. In some cases, drugs may already be multi-targeted without it being the deliberate aim of the program, with many kinase inhibitors drugs being multi-targeted. In even stranger cases, the underlying polypharmacology of a drug candidate may be the real driver behind a molecule’s activity, as revealed by this study in Science Translational Medicine1. While the outcome of that study points towards the need to better validate the therapeutic target and a molecule’s activity, it also simultaneously reveals an opportunity to exploit polypharmacology to uncover new therapeutic uses for existing drugs. Drug-centric repurposing is the ability to apply a drug molecule to a new disease indication independent of its therapeutic target by relying on interactions with other disease-relevant proteins. Historically, revealing other proteins that the molecule binds can be a challenge.

To facilitate the understanding of a molecule’s polypharmacology, Cyclica has engineered a deep learning approach trained across the structural proteome and millions of known drug-target interactions. Using this approach, my colleagues have explored existing clinical molecules for their relevant underlying polypharmacology. In one example, we looked at potential human targets with predicted relevance to COVID-19, which resulted in the identification of capmatinib2 as a molecule showcasing pan-coronavirus activity in model systems. In another system, we explored small molecules capable of interacting with the oncoprotein SRC. In this study, we identified several potent inhibitors of SRC with molecules that are engineered to interact with different therapeutic targets. There is potential that the previously uncharacterized interaction with SRC may play a role in the underlying activity of these molecules.

I’m excited for our team to continue exploring polypharmacology to better guide our drug discovery efforts and discover new uses for established medicines. The promise of a better understanding of polypharmacology is more medicines for patients in need. 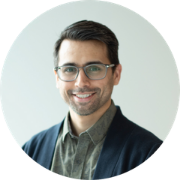 Raising Capital? My Dos and Don'ts Having Raised ~$40M.