Last August, I posted an article titled “The Protein Universe:  Structural Biology Has Entered Its Phylogenetic Era that explores new research opportunities in response to the EBI-EMBL and Deepmind release of 200m+ protein structure models. Cyclica has been an early adopter and avid proponent of the ML-based protein model resource since they first released 20 whole proteomes in July 2021, discussing strengths and limitations with several posts in our Molecule to Medicine blog series.  Since that time, several articles, blog posts, conference talks and panel discussions have emerged questioning the hype/utility of this new AF2 resource (see: “AlphaFold: Momentary or Revolutionary?” by Tom Cohen )

Noteably, I also came across Derek Lowe's most recent Chemistry World article  titled “Why AlphaFold won’t revolutionize drug discovery”.  The article challenges the ongoing press coverage perpetuating claims that AlphaFold2 will revolutionize drug discovery.  Derek raises two main points, being that (1) predicted structures are no substitute for experimentally determined structures and (2) structure determination is not a rate limiting step in a drug discovery project.  While I do generally agree with both points, I also remain optimistic in AF2’s transformative potential and unfazed by the apparent dissonance between these two opinions.

This recent discourse on AlphaFold’s role in Drug Discovery reminded me of SAMR, a popular conceptual model used in the education sector to understand tech adoption.  I want to share this framework since I found it very useful in shaping my own views on innovation and believe in its broad applicability.

SAMR is a pedagogical concept first introduced by Ruben Puentedura, to describe methods of adopting technology into education.  In a 2016 interview, Ruben recalls his graduate work at Harvard in the mid 1980s, when rethinking the role of computers in the school’s undergraduate introductory science curriculum.  He states:

“... At that point, I could see that some of the tools we had for digital storytelling and so on could really make a change, but it wasn’t clear that this was anything intrinsic to a given tool and rather a question of different types of practice associated with this.”

Ruben’s passage mirrors today’s discourse on the role of ML-based protein structure models in Drug Discovery.  The attention garnered by AlphaFold from the press, social media commentators, popular science, academics and the industry conveys a collective sentiment that this new wave of structure modeling tools should impact drug discovery, but yet, their specific value proposition seems difficult to pinpoint in a modern drug discovery workflow.

SAMR lays out a hierarchical framework to describe four progressive levels of technology adoption: Substitution, Augmentation, Modification and Redefinition, with the first two classified as Enhancements and the latter two being classified as Transformations. The primary distinction between Enhancements and Transformations depends on whether or not the new technology will challenge a task's fundamental processes.  The goal of SAMR isn’t to promote the highest order of technology integration, but rather to understand, communicate and brainstorm technology adoption strategies at the different levels.

Enhancements are typically the first and most straightforward methods of adoption on new technologies.  In the context of AlphaFold adoption in drug discovery, this means applying their predicted protein structures directly to established Structure-Based Drug Design (SBDD) workflows, replacing X-ray, NMR or CryoEM.  Using this framework, we can see that the Lowe article, along with most AF2 Drug Discovery applications reported to date represent Enhancement-level adoption.  While the AF2 structures are readily available (1) they are not functionally equivalent to experimental structures and (2) structure determination is not usually rate limiting for most projects (see above!).  Moreover, today’s SBDD methodologies were explicitly designed and optimized around the atomistic detail granted by X-ray models of co-complex structures.  This includes molecular docking, FEP and even rational design inference.

Transformational adoptions are inherently more challenging.  In drug discovery, I interpret transformational adoptions as those that could reorder, combine or eliminate steps in the drug discovery process (modifications) or add entirely new unforeseen capabilities (redefinitions).  Here, we need to look into the inherent strengths of the new technology and ask what it’s capable of that other structure tools are incapable of. While X-Ray has atomistic detail, NMR has dynamics and CryoEM has better biological/macromolecules context, AI methods have scale and scope.  Transformational applications of AlphaFold will need to implement new processes, specifically designed to make use of the entire protein universe.

This is front-of-mind to us at Cyclica, where our longstanding goal is to model a drug’s complete polypharmacology.  That is, modeling binding interactions between a drug and all human proteins, high and low data targets alike.  To date, our applications have used predictive structures, not as a substitute for experimental ones, but rather as a feature generation strategy to empower other datasets.  This strategy can be seen in our residue classification framework (see also Nasim’s upcoming presentation at the ACS Fall 2022) and in MatchMaker, which introduces protein pocket features to chemogenomic DTI data, allowing models to generalize to novel low-data targets. 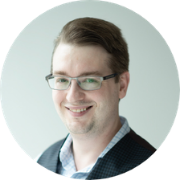 The Future of Healthcare in Africa: Opportunities for Ecosystem Driven Innovation with AI

The purpose of this post is to: i) highlight...