It’s only a minor exaggeration to say that I get asked about differentiation on a daily basis. Whether it’s a pitch to potential investors, a business development conversation with a potential partner, a consultation with a hedge fund about where they should put their money, or a casual conversation with a peer, inevitably the question comes in more or less this form … “So, what differentiates Cyclica (or, perhaps, company X), from its competitors?” And, without fail, every time I get that question I cringe a little on the inside.

The reasons for the question are obvious. When I joined Cyclica nearly two years ago, about a hundred companies defined themselves as being in the “AI in drug discovery” space. Now that number is somewhere north of a few hundred (side note: at one point Simon Smith from BenchSci attempted the sisyphean task of keeping a running tally of all the companies in this space in his blog, but he eventually gave up). Given these numbers it’s perfectly legitimate for an outsider to ask the question that boils down to two words: “Why you?”. It’s not the question that’s the problem: it’s the response.

Before I share my views on what the right answer to that question is, let’s first talk about what it is not, at least IMHO. In the six years I spent at Schrödinger, I got this question a lot as well. Often the stock response was what I imagine any tech company, regardless of industry, gives: a laundry list of features. Something like “our <tech, platform, etc> can do X, Y, Z  while our competitors can only do X and Y” or, if you’re in the algorithm business, something like “We use <insert fancy machine learning method or algorithm jargon> to address X and Y, while our competitors use <some other machine learning method or algorithm jargon>.”

My reaction to this type of response is summarized in two words: SO. WHAT. Who cares that you can do the exact same thing your competitors can do but in a slightly different way, or that you can do it slightly differently, or maybe a little faster? None of those things move the needle forward to any appreciable extent. And, perhaps most problematic, none of them give a company defensible differentiation; it may take your competitors time to catch up, but eventually they will.

This brings us to the moment of truth, to the question that plagues the tech industry: Is it really possible in an industry with hundreds of players for a startup to address a problem completely differently? I’d argue no, it is not, and it is not fair for anyone to have that expectation. So then, when we are either on the asking or on the receiving end of a question about differentiation what should we care about? One word: IMPACT. Tell us how it’s being used out in the wild, and with what results. Tell us what problem you are addressing, why it’s the right problem, and how your team, your tech, and your culture is uniquely positioned to impact it. Tell us about your vision, what motivates you, what keeps you up at night. Then sit back and let the one asking the question reconcile your responses with his/her own world view. As a wise person once told me, have the courage to be incomplete.

And please, stop talking about features. 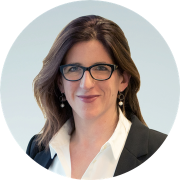 I’m often asked how I can lead a deep tech biotech company that’s at the intersection of AI,...